Arkansas is a peculiar state for sure. For a start, if you’re out of state, you’re probably not pronouncing its name right. Arkansas’ magnificent mountains, vast forest regions and smaller urban communities will leave you in awe and offer you a more peaceful lifestyle closer to nature.

On the other hand, sports are not a selling point for the state who has no professional sports teams and scores very poorly in the health department with widespread obesity, smoking, and sedentary lifestyle among its residents.

Everybody knows some weird facts about Arkansas and its people, and while some are true, most is just unverified folklore from old times that have passed.

There is certainly a charm to Arkansas, but if you’re coming here to do business, you better get to know the local press. There is no shortage of printed and online newspapers with more than a dozen daily publications, and more than hundreds of periodicals.The majority are owned by several large media companies – WEHCO Media, Gannett, and the Paxon Media Group.

Below, we’ve outlined the 10 most popular and read newspapers in Arkansas.

The Democrat-Gazette is by far the biggest newspaper in Arkansas and the oldest along the Mississippi – first published 17 years before the state was officially recognized.

Today, the Arkansas Democrat-Gazette exists in both a printed form – produced in Little Rock, and online at https://www.arkansasonline.com/, where you can find 24/7 updates on all major news and topics.

In 2019, the paper successfully completed a digital conversion of it’s daily newspaper, providing its subscribers with new iPads and setting them up to receive an electronic version. Issues Monday through Saturday stopped printing, leaving Sunday the only physically printed edition.

The resulting newspaper was named Northwest Arkansas Democrat-Gazette and printed in Lowell by WEHCO for distribution in Washington and Benton counties. You’ll also find it online at http://www.nwaonline.com, where close to one million people visit every month to read local news and information about their community.

When the Arkansas Gazette merged into the Democrat, it left a huge void for liberal views and opinions. With the Democrat, as well as it’s Northwestern counterpart leaning heavily to the right, Arkansas Times saw an opportunity to fill the gap left in the press industry.

For example, in 2018, the paper stood against anti-BDS laws and is currently suing the University of Arkansas – Pulaski Technical College, after it terminated its contract in relation to the publication’s stance on Israel.

The newspaper publishes online at http://www.arktimes.com

Texarkana Gazette is unique in that it’s split between the states of Texas and Arkansas. The paper issues some 25,000 copies daily to residents in more than 15 counties – Miller, Little River, Hempstead, Nevada, Howard, Sevier, Pike and Columbia counties in Arkansas, as well as Bowie, Red River, Morris, Marion, Titus, and Cass counties in Texas. There is also some distribution in Oklahoma and Louisiana.

In 2010, the newspaper received the General Excellence award from the Arkansas Press Association, competing against the largest media companies in the state.

An online version can be accessed through http://www.texarkanagazette.com 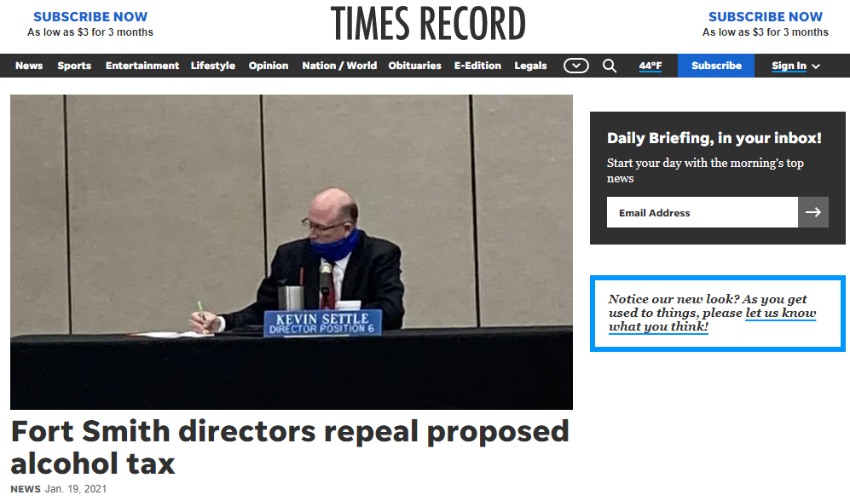 Southwest Times Record serves the second largest city in Arkansas – Fort Smith along with more than 10 communities in western Arkansas and eastern Oklahoma. Some 300,000 residents rely on the Times Record for daily news and sports, entertainment, lifestyle and editorial content.

An Internet edition is published at http://www.swtimes.com

Apart from another classified advertising publication, Hot Springs only has one newspaper – The Sentinel-Record. The paper serves the daily needs of more than 35,000 residents of the Spa City, as well as nearly 100,000 citizens of Garland County.

You can also find The Sentinel-Record online at http://www.hotsr.com

The Log Cabin publishes issues Tuesday to Sunday and serves as the news and information hub for more than 110,000 citizens of Faulkner County. Way early in 1997, the Log Cabin unveiled it’s digital publication at https://www.thecabin.net/ 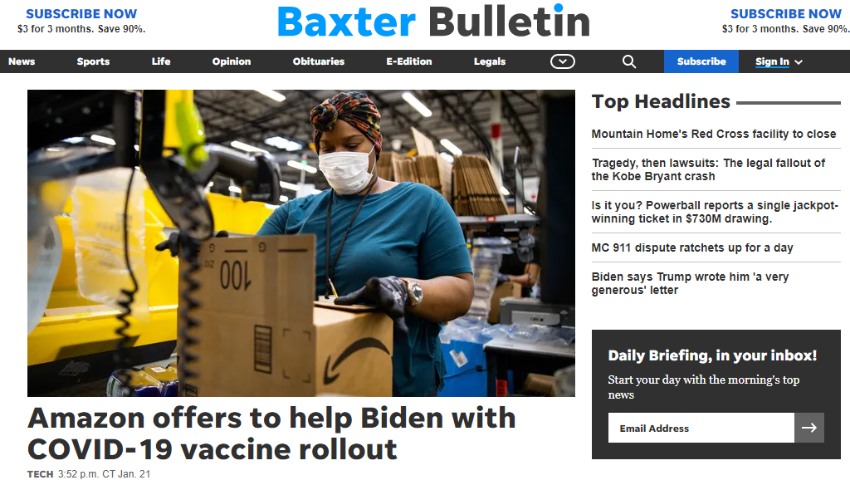 The Baxter County has been served by the Bulletin since 1901, establishing itself as the main news source for the region. The publication also maintains a general interest magazine called Living Well Magazine dedicated to the communities in the Ozark Mountain Region.

You can find a digital version published at http://www.baxterbulletin.com and updated every day of the week.

Jonesboro Sun serves more than 80,000 citizens of Jonesboro and seven counties throughout Arkansas. The newspaper was founded and operated by theTroutt family for more than 100 years, before selling to the Paxton Media Group.

An online version is accessible at http://www.jonesborosun.com 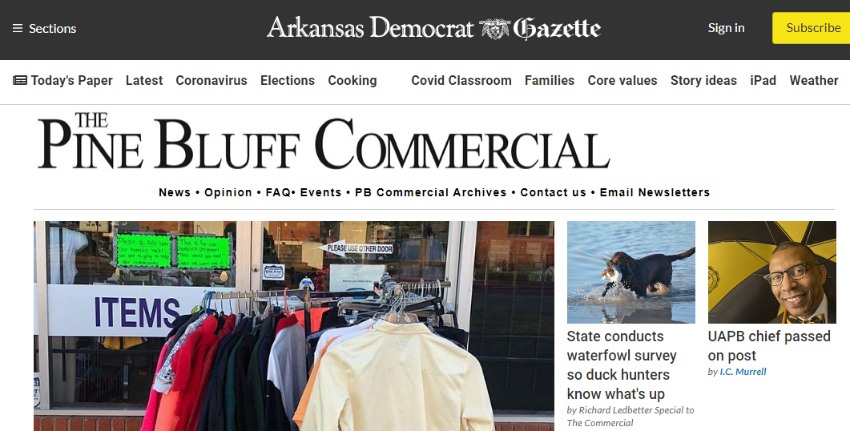 In 2019, the owner at the time, Gannett shut down the printing press in Pine Bluff and outsourced production of the Commercial elsewhere. In 2020, the newspaper was bought out by WEHCO Media Inc and the process to digitalize it, following the model of Arkansas Democrat-Gazette began.

Today, the Pine Bluff Commercial lives as part of the Democrat-Gazette and can be found at https://www.arkansasonline.com/news/pb/news/

If you’re looking for more printed publications in Arkansas, don’t look further than the Arkansas Press Association. Below, you’ll find a comprehensive list of newspaper members of the APA.

Weekly and Semi-Weekly Newspapers in Arkansas