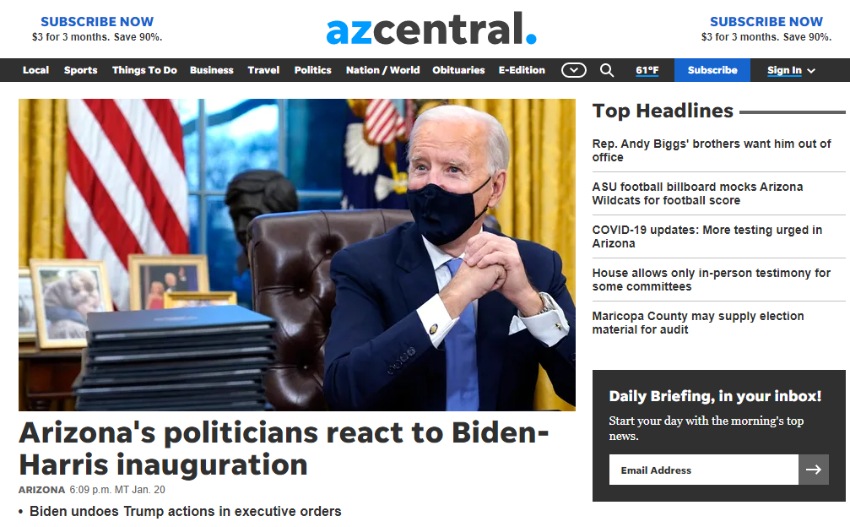 The majority of readers have inevitably moved on from newspapers to digital news outlets – websites, social media, live streaming, etc. However, traditional print media in Arizona is still kicking with no fewer than 85 individual running newspapers.
Even though printing factories have slowly shrank and consolidated to 10 major printers, more than half a million newspapers are delivered to subscribed homes and newstands all around the state. All major newspapers also maintain their own digital hub, many of which have established themselves as the main source of news and information in their respective communities.
If you want to advertise in the sunniest state in the country, you should get to know the local press. Below we’ve broken down the 12 most popular newspapers in Arizona.

Looking for more press in Arizona? Here is a list of all newspaper members of the the Arizona Newspapers Association – the largest organization for newspaper publishers in the state.